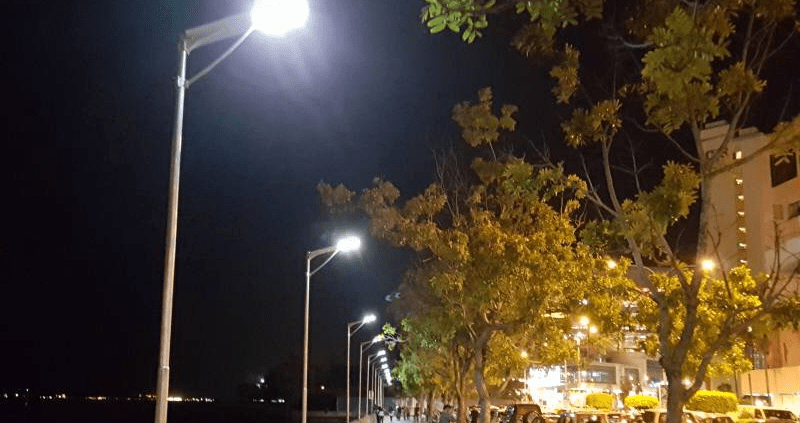 There are usually seven main parts that make a complete package of solar street light model:

Depending on the manufacturer, the component type may vary. 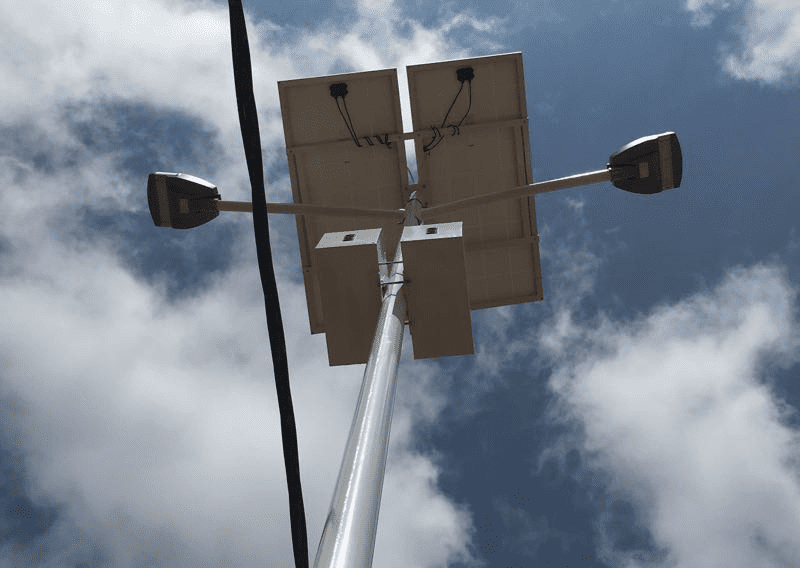 First, calculate the amount of light required to illuminate the area. The bulb used will help you know the wattage. Use this wattage and the duration of illumination to calculate the watt-hours of the battery and any component that will be consuming the power. The wattage-hour will help you choose the PV module that is capable of producing that amount of energy. Do keep the energy losses in your mind and always choose a PV panel that is able to produce more energy than is needed to compensate losses. The angle and watt peak is dependent on the location of installation, so do a checkup about that.

To find out what size of the battery to use, the watt-hours needed for lights can help you in knowing that. Using some basic electrical formula, you can find out the depth of charge, nominal charge, and the capacity of the battery in amp-hours.

The solar panels are made of semiconductors; a substance that is able to conduct electricity under some conditions. The material usually used is silicon but there are other materials as well such as gallium arsenide, indium phosphide, and copper indium selenide. To make a solar cell, it needs trillions of silicon atoms in the form of a wafer layer. Each silicon atom contains extremely small and tiny things called electrons. These tiny electrons carry an electric charge. When sunlight hits the cells, the photons present in the sunlight will let the electrons loose from their atoms, and as the electrons flow through the cell, they produce electricity.

The solar panel is attached to the pole and with other components of the solar lighting system through cables. Brackets and frames are used to hold the solar panel. These brackets are usually made from aluminum to keep them lightweight and weather resistant.

In order to optimize the whole system, there are certain components that need to be chosen carefully. The first thing is that instead of the fluorescent bulb, use LED lights to reduce energy consumption.

Use the best storage technology for the battery pack. In most cases, Li-Ion batteries are commonly recommended for use in solar systems. There are also some other technologies like Lead-acid, gel cell batteries, etc.

Use monocrystalline PV module as this is considered more efficient as compared to polycrystalline.

Minimize the energy losses in your system by choosing efficient wiring connections. The controller you use should be able to turn on and off the system efficiently.

Use of smart sensors

The solar lighting system can be equipped with the following smart controllers and a couple of sensors to increase its efficiency. A passive infrared sensor, which is used to detect motion and to control the levels of lighting. Using solar lights that have a motion sensor installed is an effective way to detect any activity outside of your home as it instantly shines a light on the person or object. There are other motion sensors as well such as microwave motion sensors, dual technology sensors, etc.

This is helpful in order to prevent damages to the battery. When the battery senses an overcharge, it simply reduces the flow of energy and when a voltage drop happens due to a decrease in the intensity of the sunlight or because of an increase in sudden electrical usage, it allows to maintain proper voltage regulation.