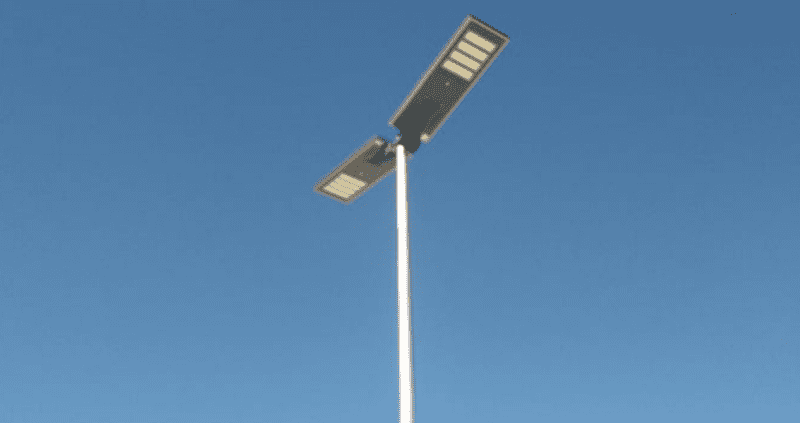 The solar power system is one of the renewable energy sources which relies on sunlight to produce electricity. To do that it uses PV modules to convert sunlight into electricity. This solar energy will continue as long as we have sun glowing in our solar system, which is another 5 billion years.

The potential for solar energy is enormous as about 200,000 times the world’s daily electric generating capacity is received by the earth in form of solar energy. Briefly, the amount of sunlight that strikes the earth’s surface in an hour and a half is enough to power the entire earth’s consumption for one year.

To know how many sunlight hours, it would take to power a 100w solar street light of a specific rating, we should have the followings:

Let’s find out how many sunlight hours it needs in a single day to power 100W solar street light for at least 8 hours.

Now figure out how many sun hours will be available in a single day and how much power the solar panel will generate in a day. A peak sun hour doesn’t include just an hour the sun is out in the sky. In fact, it refers to an hour in which a solar panel produces a certain amount of energy.

Each peak hour is defined as one hour when the intensity of sunlight reaches an average of 1000 watts of energy per square meter (one peak sun hour=1000 W/m2). For a location that receives a total of 4000 W/m2 of solar radiation throughout the day, then that location gets 4 peak sun hours daily.

Conclusion: With the power of 840 watts per day produced by 4 Peak Sun Hours, a 100W Solar Street Light will be able to run for at least 8 Hours.